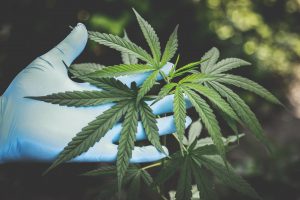 The legalization of medical and recreational marijuana continues to spread across America, with more states joining the movement each year. In fact, the majority of people in the country (60% as of April 2021, according to Gallup) are now in favor of legalized marijuana for medical and recreational use. Given the reality of increasing marijuana use, many employers undoubtedly have, or will soon have, some issues to navigate.

In states where marijuana use is now legal, some employers face a conundrum: How can they enforce their workplace drug policy? In Illinois, for example, medical marijuana use became legal in 2014. Recreational marijuana use became legal on January 1, 2020. If you own a business in Illinois and your company has a zero-tolerance policy for drug use, what will you do if your employee tests positive for marijuana? The answer, most likely, is not much, according to The National Law Review. There are two reasons for this:

First, although employers have the right to maintain a drug-free or zero-tolerance policy under the Illinois Cannabis Regulation and Tax Act, people who use marijuana to treat medical conditions are protected in Illinois (and in many other states) by antidiscrimination provisions within the law. These provisions prohibit employers from firing or disciplining employees because of their medical marijuana use.

Second, the Illinois Right to Privacy in the Workplace Act (RPWA), ensures the right of employees to use “lawful products” (such as alcohol, and now marijuana) outside of working hours and off the premises, as long as use does not interfere with job performance while on duty.

Moving away from testing

Routine testing of employees for marijuana is also a challenge. Traces of the drug can stay in the body for extended periods and varying amounts in the body affect people differently. As a result, there is no set standard to indicate impairment. These considerations make it difficult to determine whether an employee is or was under the influence while on the job.

A growing number of employers are moving away from regular drug testing, according to a recent article in HR Magazine. One reason is to reduce job turnover. It’s getting more difficult to hire and retain employees as more test positive for marijuana. Legalization advocates instead recommend that companies develop alternative methods to measure impairment in job performance, such as looking at short-term memory, without relying on inaccurate blood test results.

Of course, special safety-specific exceptions apply in workplace scenarios involving public or worker safety. Employers should consult a lawyer when evaluating workplace safety concerns, policies and state laws. The Society for Human Resource Management is one resource for analysis and best practices.

The second issue concerning legalized marijuana is related to workers’ compensation claims. Will your company be required to reimburse an employee for medical marijuana use after an on-the-job injury? Most likely, the answer could be yes, according to a case study in The National Law Review. According to NCCI, in several recent cases in 2021, courts have been divided as to whether reimbursement is allowed, required, and not required. Legislation dealing with this issue is also pending in several states. The matter is far from settled.

Courts in multiple states have found medical marijuana use to be reasonable and compensable for injured workers. That means an employer can be required to reimburse an employee for the use of medical marijuana prescribed for chronic pain after a work-related injury. Here again, the fact that the use of marijuana is illegal at the federal level makes it difficult to have a consistently applicable ruling across courts. This means workers’ compensation claim decisions will continue to be determined on a case-by-case basis at the state level.

As the legalization of marijuana continues to expand in the United States, employment and insurance issues will remain complicated. That is, until or unless marijuana becomes legal at the federal level. In the meantime, now is a good time to consider your company’s drug policy and do as much as you can to prepare for potential workers’ comp claims for medical treatment with marijuana. Contact your Bradish agent to find a workers’ compensation plan that works for your employees.