What if a car crashed into your house? 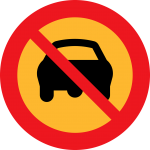 Late one evening in May 2020, at approximately 10:30 pm, a car crashed into the home of Mike Miller (name altered for privacy). He was relaxing in his family room when a car suddenly came smashing through the wall. Miller was fine physically, but pretty shaken up by the close call and the extensive damage to his home.

Miller and his wife live in a house near a major intersection in a Chicago suburb. The car veered off the road that night, charged through a guardrail and continued to drive right into the Millers’ backyard, where ultimately, the car crashed into the house.

When the police and paramedics arrived, they discovered that the driver had suffered a diabetic medical emergency, losing consciousness behind the wheel while driving. The driver was transported to the hospital and was okay, thank goodness.

The impact from the car slamming into the house severely damaged the family room, causing damage to the roof (which was now leaking), exterior walls, windows and gutter.

The right resources in place

This kind of experience can be completely overwhelming. However, Miller had the right kind of support and resources available to begin cleanup, resolve the insurance issues and move past the incident. He had two things in his favor. First, his insurance agency is Bradish. Second, his homeowner insurance is with Erie Insurance.

Very quickly after the incident, Miller called his agent at Bradish for help. The Bradish agent talked Miller through the gathering of facts and contacted Erie Insurance on his behalf. An Erie claims representative was on the scene within eight hours. On that same day, the Erie representative had already begun working directly with the driver’s auto insurance company to cover the home’s damages.

The Erie representative put together estimates, helped line up workers, reviewed bids and dealt with the driver’s insurance company to work through the claim. Bradish staff helped expedite the claim process and provided needed personal support and help to Miller.

The right amount of insurance

Fortunately, the driver had property-damage coverage on his auto insurance policy. Also important, he had enough coverage to cover the entire claim. Insufficient coverage can be a serious problem. “The average suburban family has $100,000 in property-damage coverage, but sometimes it’s not enough,” said insurance agent Jordan Bradish. “Fortunately, the damage caused by this driver was all covered by his insurance carrier.”

In this instance, if the driver’s auto insurance had not covered the entire claim, Miller’s homeowner insurance policy through Erie would have covered the difference. “People often wonder whether they actually need to have as much coverage as is recommended, thinking, ‘I’ve never had a claim, why do I have to pay all these premiums, year after year?’” Jordan Bradish explained. “All it takes is one. When it happens, the insurance company most often pays out 90 cents on the dollar for claims in very high amounts.”

The Erie claims representative worked to make sure that a payment decision was reached and communicated to Miller within five days. The total claim amount added up to more than $29,000 to fix all the damage. Miller will receive payment to cover these repairs. The party at fault (the driver) will reimburse Miller for his insurance deductible.

Thanks to the assertive help from Erie insurance and the guiding presence of Bradish, Miller’s claim experience went smoothly and was resolved quickly. When the unthinkable happens, it’s good to know you have the right people ready to help you get through it.